In the early 1960s, a young emigrant returning from Switzerland began working on an “attempted sale” basis (as it was called at the time) for a small manufacturer of carpenter glues: Gianni, born Giovanni, was clever and after a while customers began to call him “Gianni, the glue guy,” or even “Gianni Colla” (Glue Gianni). Shortly thereafter, one summer evening, during a dinner, his friend Paolo Scarso suggested a name for the company that Gianni wanted to create: “GIANCOL” was born, the company of “Gianni Colla”, “Gianni the glue guy”.

Gianni’s first “factory” was the ground floor of his home and Gianni, a former mechanic, used engines from “Lambretta” motorbikes to build his first mixers for vinyl glues.

Business was going well and at the end of the 1970s the workshop was relocated to a new 1,000 square metre warehouse in Due Carrare, Padua. 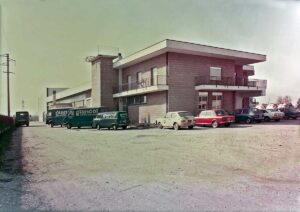 These were years of continuous growth and success: early in the 1980s the first system for the polymerization of vinyl monomer acetate was built to produce basic homopolymers for vinyl glues, followed by plants for the production of solvent-based adhesives for furniture, upholstery, footwear and leather goods and a plant for the production of bicomponent glues for wooden parquet floor laying.

In the mid-1980s a range of water-based glues (homopolymers and copolymers) was created for corrugated cardboard lamination and to be used in box factories, while a system for the production of hot melt glues for packaging applications, shoppers and end-of-line units, and lines for natural-based glues, starches, dextrins and caseins date back to the early ’90s. The production factories in the meantime quadrupled in size and the company facilities covered an area of over 7,000 meters.
In the 2000s, the second generation of the family (sons Nicola and Matteo) took over – making of Giancol a solid and diversified company active in several sectors. 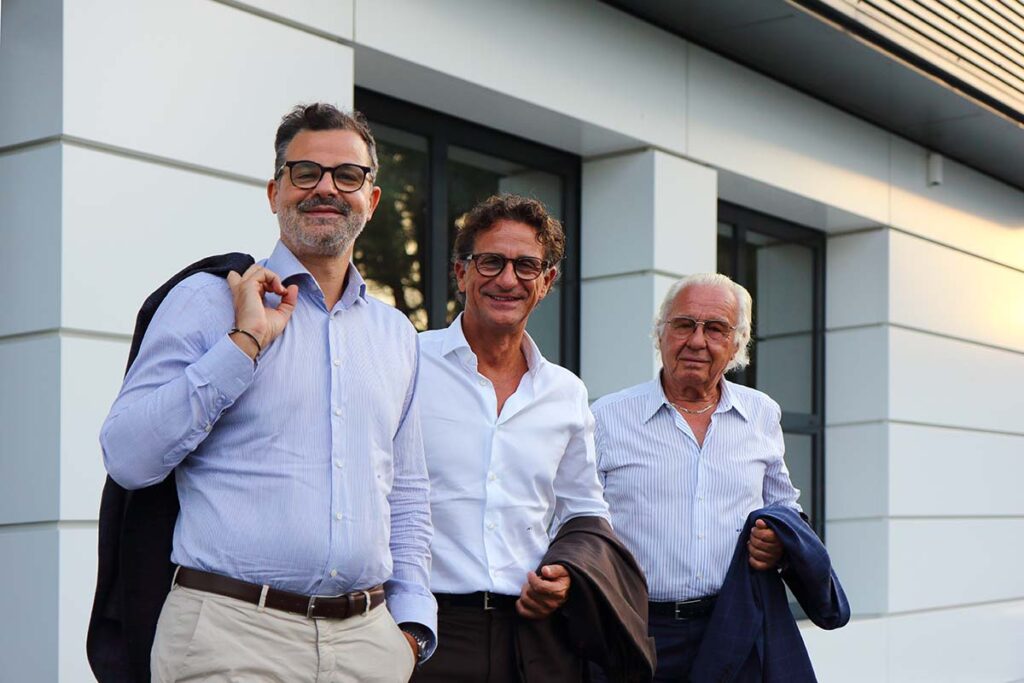 In 2007 the foundations were laid for a new technological breakthrough: the first major revamping of the factory, with the automation of the production process of water-based glues, two new systems for the range of Tissue adhesives and a new production line for hot melt glues.

2012 was the year of the production facility expansion: after purchasing the neighbouring land and building, the plant grew to occupy a total area of 40 thousand square metres. The logistics area was separated from the production area and a range of metallocene-based hot melts was created, applying the most advanced modern technology in a new, dedicated plant.

In 2015, a new polymerization plant was built, as well as a special warehouse for raw materials and, in 2018, an innovative laboratory was created specifically for Research & Development work, starting a new life cycle and a new investment stage still underway today, in line with the motto that has always reflected the entrepreneurial strategy of the family: